I was recently chatting with Jeffery Bennett about the how we see the podcast platform wars shaking out. And Spotify’s acquisition of the Ringer has spurned a lot of good writing, so I wanted to get some thoughts down.

When Spotify bought Gimlet and again with The Ringer, I saw a lot of consternation around if certain beloved shows will go behind a paywall. This is often conflated with Spotify making a show available exclusively on Spotify (yet not requiring a Spotify Premium subscription.) But I think there’s something much larger at stake.

Podcasting has been a medium without gatekeepers. However, a lack of gatekeepers just means that there’s not a chokepoint before creation. There’s still a bottleneck when you want to monetize. Making an advertising deal with a podcast requires time and effort for both parties to agree to terms. Purchasing ad inventory on 50 shows with 10,000 listeners is exponentially more burdensome than purchase ads on 1 show with 500,000 listeners. That’s a lot of friction for an internet-age medium. Unlike Facebook or YouTube’s walled gardens, there’s no self-serve dashboard where an advertiser could purchase ads across the whole ecosystem.

This is not a novel observation. Any company building dynamic ad insertion is trying to become that middleman at the heart of podcast monetization.  But that’s still not thinking big enough for Spotify. In writing about Spotify’s quarterly earnings, Ben Thompson wrote:

The fact that Spotify streams everything lets them tailor ads on an individual basis. The implication of that technical detail, though, is that the 3rd-party advertising service I envision Spotify building would still be limited to podcasts listened to on Spotify.

If the Spotify ad insertion tech is sophisticated and effective enough, they may be able to alter this dynamic, making any particular ad slot on any podcast less valuable…

No advertiser will care if you’re a listener of Joe Rogan or Bill Simmons, only that you are a 34 year old male with a certain income reachable in thirty forty different audio slots, which can then all go in an auction. Or even if they do care, competitive ad networks who offer the service you want will probably die. Then, just as the New York Times content becomes far less important online because Google can just find you that New York Times reader through another publisher outlet or Google’s own properties, the actual podcast becomes commodified, because all that matters is the listener data combined with the ad slots, not the show against which those ad slots are sold.

Once the podcast itself is commodified as a distribution vehicle for targeted ads, the effort for advertisers to individually work out deals with your favorite indie podcaster becomes cost-prohibitive. Which leads to Spotify’s strategy of buying up podcast publishers: Spotify founder, Daniel Ek:

Nobody else has both audio advertising and subscription revenue model at scale globally. Nobody else in music has the engineering capabilities and the expertise in audio that we have at Spotify. And with the addition of Gimlet and Anchor, Spotify will now become the leading global podcast publisher with more shows than any other company.

I’m very interested in how podcasting helps Spotify’s subscription revenue, but the threat to the existing ecosystem of podcasting is that they are buying out the most-lucrative ad inventory. And they’ll keep doing so until a critical mass of podcasters start opting-into their streaming ad insertion. 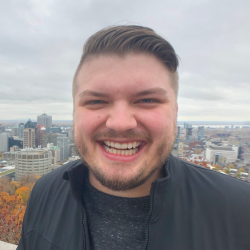